It's been an incredibly long time since I last posted (over 5 months).

I have thought about writing a number of posts along that 5 months, but didn't, as there was a lot going on and we were pretty dissatisfied with our agency along the way.  In the end, they abondoned us and left us to work through the exit process and co-ordinate the surrogate mother ourselves through a combination of private interpreters and lawyers.  Newlife didn't even have the decency to contact our SM after she was discharged from the hospital post c-section to see if she was okay.  We only knew this as we remained in contact with her and regularly asked.  So much for Surrogate Mother care that they quite happily took a fee from us for.  A lot of the posts would have been fueled by emotion - so I am glad I didn't post.  I would strongly discourage people using Newlife in any other country the operate in (India/Georgia/Ukraine/Poland/Israel and apparently now Mexico) based on our treatment in the weeks following our son's birth.

And on that note, and first and foremost, our son arrived safe and sound, on schedule on 5th August 2014.  He was born at 4.49pm at a healthy 3.32kg.  He really is perfect and each time I think about our time at the hospital I get teary (which is not like me at all).  After 3 days he was released from hospital and we were thrust into parenthood; with G saying, "this morning we didn't have a baby and now we do.  It's weird". And it was. 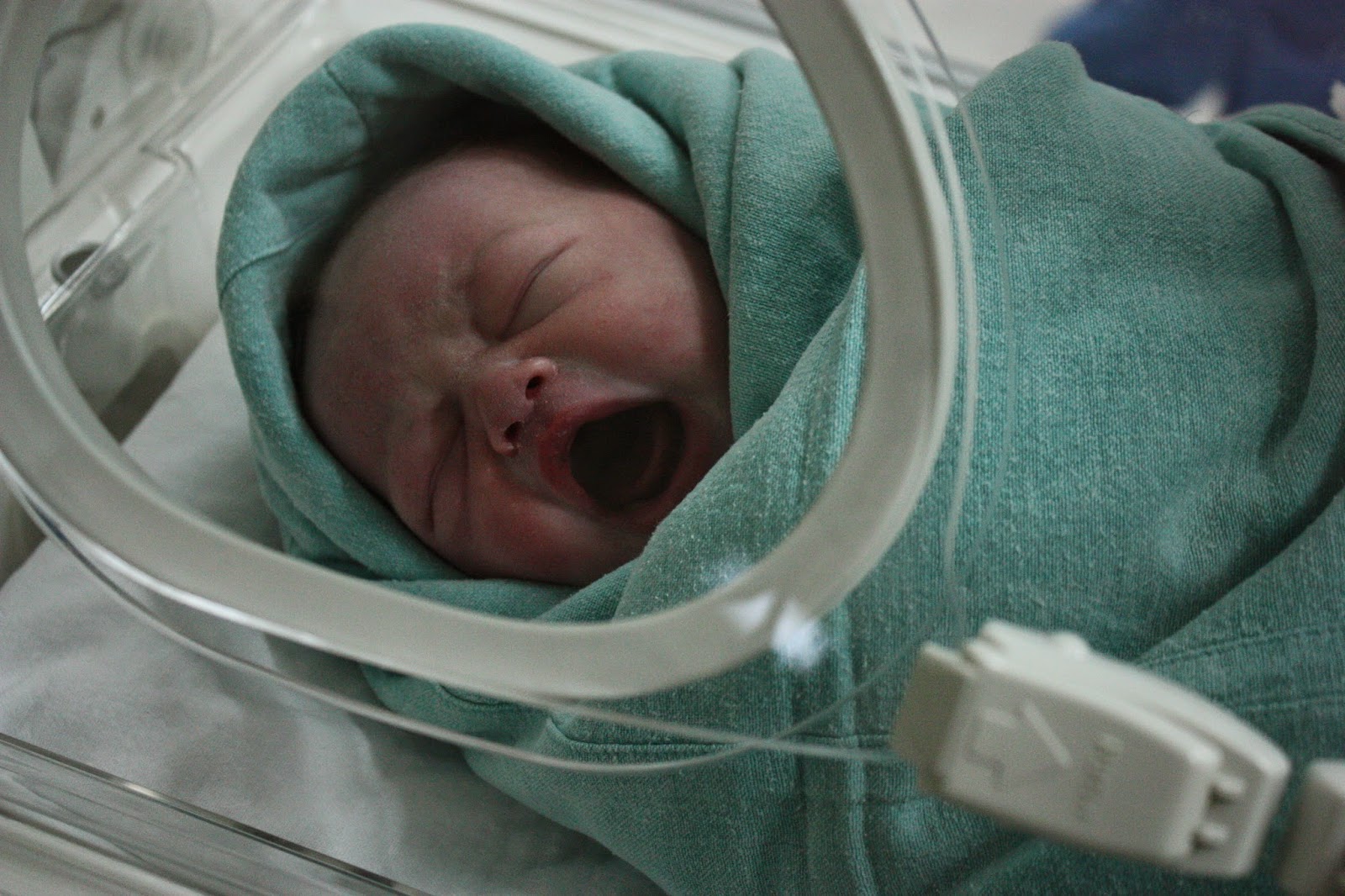 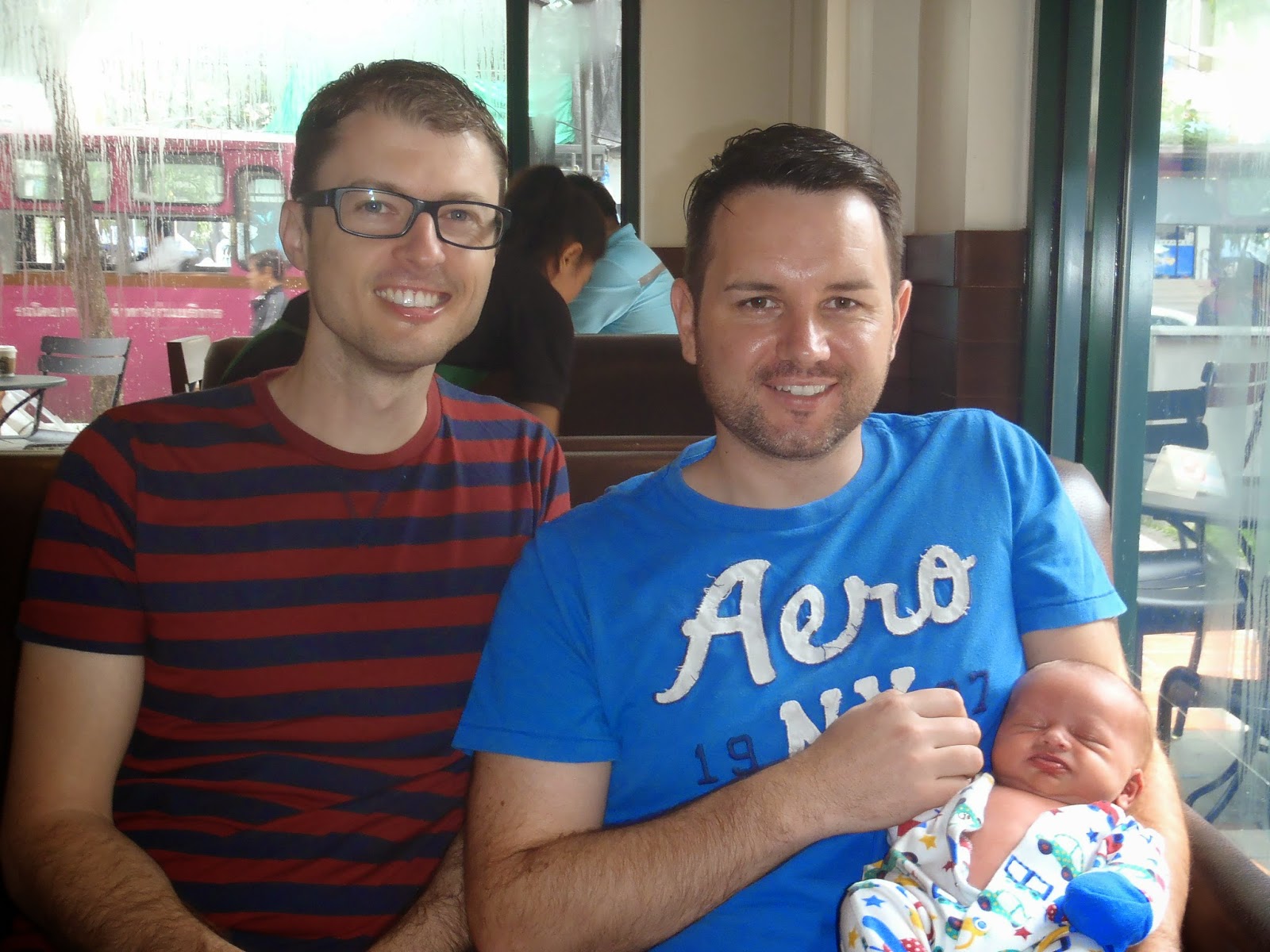 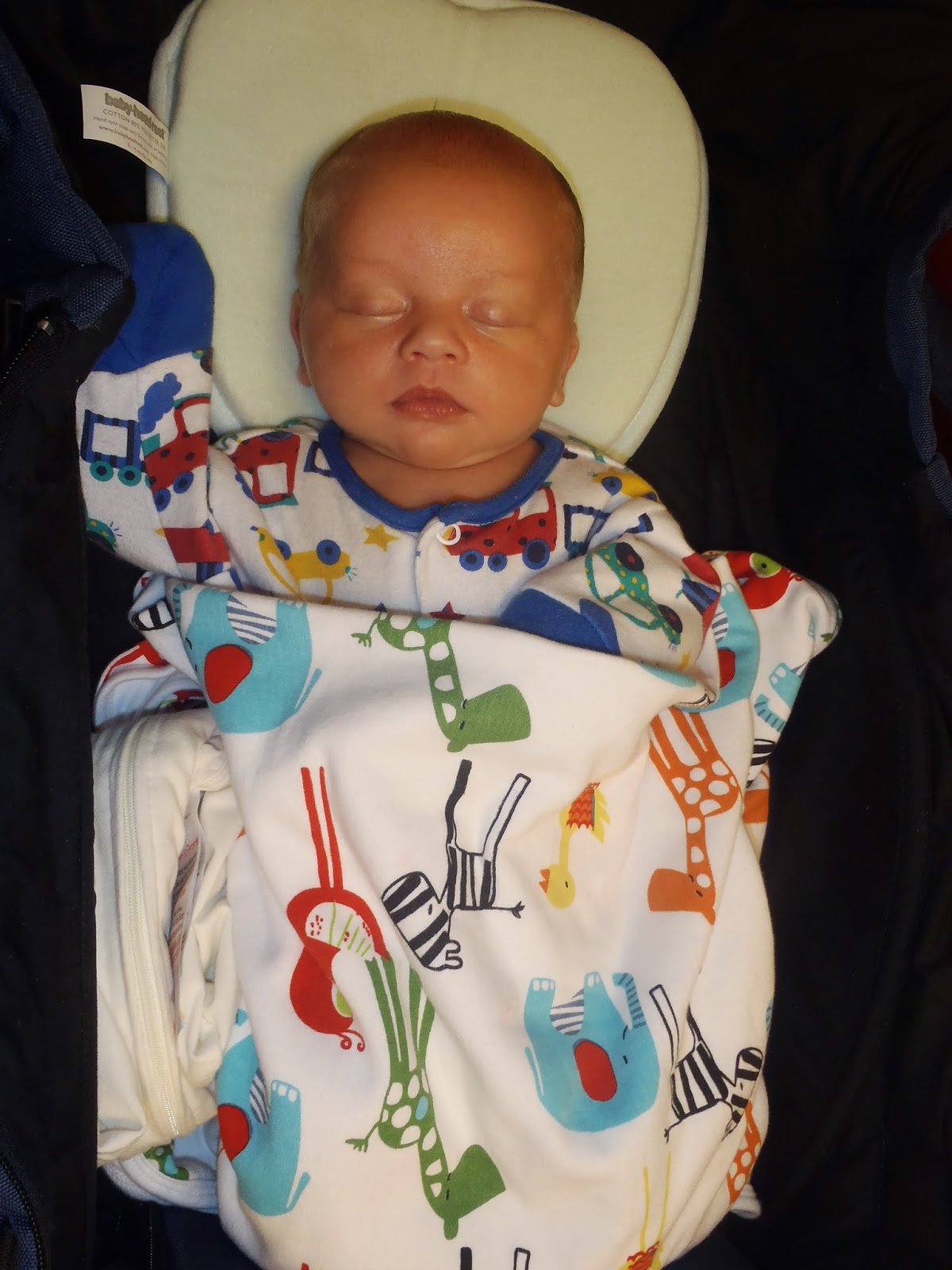 Like all new parents, the first few days was a blur of what the hell have we done and what the hell do we do?  He hasn't pooed, he's only eaten 20mls, why is he so sleepy?  I was/am slower to adapt than G who was like a fish to water. My stress and anxiety levels reached epic proportions - beyond anything I had ever experienced before.  I thought I was ready to become a parent, and having waited so long to meet our boy - I thought I would be instantly in love and on to it.  Not so.  This thing didn't fit nice and neatly into a schedule and every time we left the apartment we had to ensure we had this and that and usually the kitchen sink.  He just eat and slept and didn't give anything back.  No smiles, not even a lovingly stare. I know you're all thing "yeah.... what's your point, surely you knew this before he was born".  And I did... but I was also thinking about this without the fog of sleep deprivation or having an dormant emotional bomb go off in my mind.

But we powered through like all new parents do and both agreed to leaving the apartment as a family once a day to not take the easy road and continue to push our boundaries.  We didn't want to get concerned or anxious everytime we had to go out because we now had a baby.  We like to travel and want our son to take on that value.  Sometimes that means pushing yourself our of your comfort zone and realise it's not as bad as you think it is going to be.  After 5 weeks in Bangkok, our bub had probably seen more of it that most adults have.  And the locals in Suanplu started to know him, with the owner of NAGA cafe (a regular dinner venue of ours) referred to him as "The Professor" due sharing the same name as Patrick Stuart in X-men).   It's all too easy to hide away from the world in those first few weeks and develop cabin fever.  We committed to not doing this and encouraged each other to go for a walk once a day and get drinks/beer or water to just get some fresh (humid) air and have a break, have a Thai massage or go shopping.  Usually, we went for coffee each day as a family and that worked quite well.

Hovering over the first few weeks of parenthood was the uncertainty created by the Thai Military around babies born via surrogacy.  For a few weeks we were faced with the stark realisation that G may need to live in Thailand for 3-6 months while we attempted to get a court order.  We began looking for longer term, cheaper accommodation that would meet our families needs.  The prospect of this happening added another level of stress and distress on top of trying cope with becoming a parent.

A ray of hope appeared about 3 weeks following bub's birth and we heard that the Australian embassy and a law firm had a established a process with the Military to allow parents of children born through surrogacy to leave provided certain documentation requirements were met.  We quickly sought to pull all of this documentation together and leave Thailand before the process changed or some other scandalous surrogacy story came out, causing the military to change their minds.

Thankfully, on 5th September (as originally scheduled and booked) we headed to the airport with all our documentation in hand and checked in for our flight.  After getting to immigration we were escorted to a secondary desk as the mother was not travelling with us.  We presented all of our documentation and after around 20 minutes of thorough checking and copying, passports were stamped and we were free to go! The level of relief was immense and all of a sudden, we realised we were actually going home.

We boarded our Thai airways flight bound for Australia and as the doors closed, we knew we were another step closer to home.  Thankfully, there were 200 spare seats on the plane, giving us plenty of room to spread out.  Bub was a perfect baby on the way home.  Slept through the whole way, only waking to feed at 2am Bangkok time (as he does most nights) and then went back to sleep until we arrived.  No issues with ears and we couldn't have been happier for him.

So here we are, back home in Oz and finally settling into parenthood at home.  Bub has seemed to have settled well back into his new room.... although he has started 'fussing' in the late afternoon/evening with and hour or so of crying.  Prior to this, he only really cried when his nappy was changed or when we put him to down to sleep for about 10 mins.  Based on my extensive google research, this is apparently normal and thankfully temporary.

With all the disruption and uncertainty in Thailand, it's very unlikely that there will be a sibling project.  I just need to know that I can cope with one child, let alone think about adding to the family.  The other problem we have is that we have 25 frozen blastocysts that we really don't know the whereabouts of now ALL IVF has been shut down.  Various facebook information and posts suggest that they are still at ALL IVF's lab in Bangkok and completely safe.  Once things settle down,we'll look into things to ensure we know where the embryos are.

And that concludes our surrogacy journey.  Thank you for following us for so long.  We started this blog back in February 2012 prior to signing up with SI in Mumbai.  2 and half years later, we have a happy and healthy baby boy and still can't believe our luck that with all the odds against us, we got to the destination in the end.  We wish you well on your respective journeys - which ever stage you are at, and hope you too realise your dream of becoming a parent through surrogacy.

GB&LC
We are a thirty-something same sex couple, who have been together for over 10 years. After 4 failed attepts in India during 2012, we're starting fresh again and heading to Bangkok in November 2013 to fulfil our dream of starting a family.